Somehow, when we weren’t really paying attention, the coworking movement grew up from its counterculture roots and became a mature, economically viable ecosystem of shared infrastructure, empowering technology, collaboration and community.

Born from the ethos of the open-source movement and a collectivist spirit, the coworking movement linked together individuals to spark new ideas, community and shared space. Now it brings together not just people, but also institutions, private enterprise, corporate partners, and venture capital.

The future of work is a collective, connected space of decentralized technology that eschews traditional ideas of ownership, competition and property to preference ideas, innovation and collaboration.

While the space is undoubtedly being transformed by the entrance of big money, the coworking movement’s sharing ideology will transform business just as much. IoT technology, JIT manufacturing, and agile software are just some of the trends converging on this shared space.

Neither exclusively a coastal or urban movement, today the coworking world will be celebrating International Coworking Day with an appreciation of the diverse developments in this blossoming industry. From free days at spaces like Synergy Madison in Wisconsin, to an epic effort for a new coworking world record in this midwestern space in Kansas City, formally vacant and latent space is reinventing itself as the thriving ground of co-creation and shared resources, and powering the next generation of innovation.

On one hand, coworking is so young that autocorrect doesn’t even recognize the word yet. On the other hand, coworking has grown to become the default option for cost conscious enterprises with remote teams, cool entrepreneurs, and bootstrapping startups.

Digital nomads, freelancers, and solopreneurs fill in around the edges, and supply vital talent and energy to burgeoning organizations.

The Evolution of Coworking

In the early days, coworking spaces were marketed mostly to freelancers. That was natural because coworking just made a lot more sense for the contingent worker of the 21st century who could no longer can rely on a single employer for job security.

It's all different now. While freelancers still make up a significant percentage of coworking tenants, a radical change has arrived in the coworking space, and it indicates that the industry has reached a new level of maturity.

The Global Workspace Association (GWA) found that 47% of coworking space occupants in 2017 were small businesses. The next biggest occupant type was freelancers, who still make up 20% of renters and another 12% consist of the remote teams from large enterprises.

Here’s a look back at how coworking has changed over the years and what to expect at International Coworking Day in 2018.

One year before the 21st century began, the term “coworking” was coined by Bernard Louis De Koven to describe his idea of different businesses sharing a single office and “working together as equals.” A few spaces around the globe experimented with a shared office space and with a collaborative incubator atmosphere.

Many people feel, however, that coworking as we know it wasn’t truly born until it took root in San Francisco, at the location called The Coworking Movement by Brad Neuberg and Chris Messina in 2005. After that, the number of coworking spaces roughly doubled in size every year, reaching 1100 spaces in 2011.

Within two years, there were at least 100,000 people logging in at coworking spaces. Here’s a look at how the industry looked 2013 when it was still in its infancy:

Mark Dixon, CEO of Regus, remarked, “Our research tells us that today anywhere between a third and half of all workers are flexible and mobile. Four years ago flexible working was the reserve of quirky marketing agencies and IT shops. Today, it’s a way of life influenced by the growth of the freelance economy and the need to expand the top-line by market expansion.” He then concluded by noting that some of the top tenants Regus hosted in these spaces were real estate agencies that didn’t actually own any of their own real estate.

The Pop Up Shop Business Model

That insight into the rising trend in coworking tenants was an indication that there was a larger cultural shift going on.

In 2015, TechCrunch nailed it with a saying that launched the slide shared all around the world.

Tom Goodwin, now Head of Innovation at Zenith, wrote, “Uber, the world’s largest taxi company, owns no vehicles. Facebook, the world’s most popular media owner, creates no content. Alibaba, the most valuable retailer, has no inventory. And Airbnb, the world’s largest accommodation provider, owns no real estate. Something interesting is happening.”

WetPaint turned that into an infographic and the concept went viral.

Crowdsourcing, cloud storage and distributed teams are all part of the same trend, and coworking spaces are where all that is happening.

Today, if you want to honor National Coworking Day, sprinkle these 2017 stats into your conversations:

Coworking spaces appear in unexpected places. Verizon has plans to convert 150 buildings that once house landlines and operators into coworking spaces in NYC, Boston, Philadelphia and Washington, DC. Multi-use spaces like this Philadelphia nightclub turned workspace by day will become more common as owners and operators jump on the coworking bandwagon to leverage the excess capacity of underutilized space.

Get In Where You Fit In

Experimentation with niche communities like all women spaces or coworking spaces for specialists such as scientists, fashion designers, or other niches will be on the rise as companies realize the financial and productive value of sharing space, equipment and ideas.

A thriving ecosystem supports many small companies, and businesses looking for growth opportunities can find lucrative partnerships in coworking spaces. From hairdressers, food delivery, recreational companies, to app developers and software companies, businesses can find a ready market that is also collaborative and open by nature.

The 2020 Outlook Will Include:

We’re super excited to be a part of a larger movement towards a smarter, more sustainable and connected world. As digital transformation brings new ways of working and living, connecting human-to-human has never been more vital and rewarding. Whether you are across the world or across the planet, having conversations with each other sparks collaboration and innovation,  brings people together, and makes innovation and growth possible.

At Spoke Phone we want to make it easy to talk—across the room or acorss the planet. We’ve designed Spoke as an agile phone system to serve pop-up enterprises and cost-conscious remote teams. All the essentials of an office phone are wrapped up in a single app that downloads in minute. Anyone with a smartphone can have a professional business presence with enterprise-grade features. Visit our features page for details or contact us for a free trial.

Do you want to start a business in a coworking space, or do you already have one? Share your story with us at @SpokePhone, or just drop us a link about who you are and what you do so we can connect. 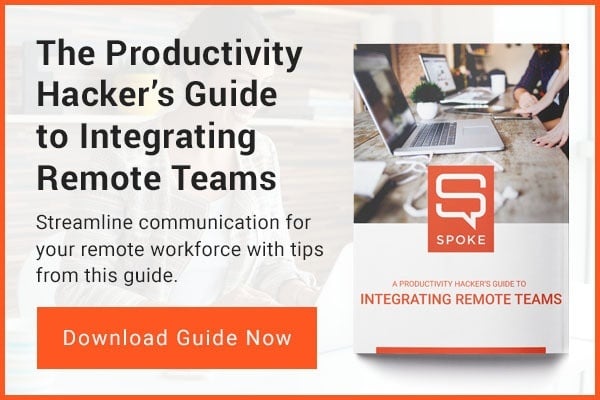 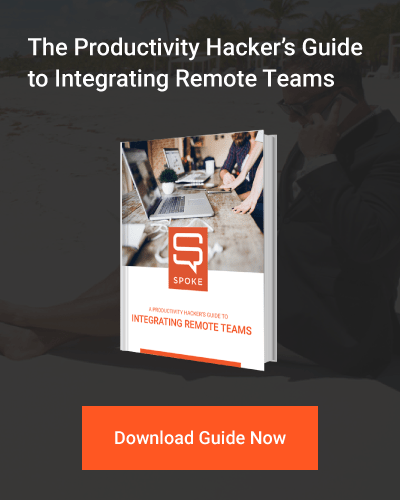